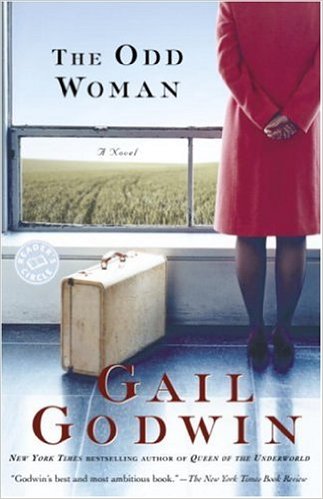 The Odd Woman
A Novel

At 32, Jane Clifford has achieved the professional and economic independence that the Liberated Woman takes for granted. Yet as the novel begins, an increasing and ominous sense of her own "oddness" is starting to impinge upon her. She is a "Romantic" a century too late, an "Intellectual" at the mercy of her emotional and fantasy life, a "Spinster" at odds with militant feminism, and a "Mistress of a Married Man" oppressed and enraged by the limitations of this role. A cool but timid "Researcher" of other people's lives, she is especially drawn to those who are dramatic, turbulent visionary, and self-assured, and is constantly measuring herself against them.

She has been fascinated since childhood by her legendary great-aunt, Cleva, who ran away in 1905 with an actor in a melodrama, gave birth to an illegitimate child, and was never seen again . . . . She is baffled by her mother's smooth and elusive transformation from writer, teacher, and believer in Romantic Love into passive wife and adept of the Spiritual Life . . . . She envies her university colleague Sonia Marks, who married her married lover and is now free to channel all her energies into being a star-professor and fond mother . . . . She is obsessed with the inscrutability of her Art Historian Lover, Gabriel Weeks, who is compiling a massive treatise on all the kinds of love depicted in Western Art, and who serenely views the uncertainties and disappointments of everyday life "through the eye of eternity." . . .She is alternately stimulated and irritated by the exploits of her oldest friend, Gerda, who "flings herself passionately into each new ripple of the Zeitgeist." . . .

An unexpected family death plunges her back into her North Carolina background, back into the old relationships, the old demands made on her (and by her). Suddenly, in one week, she propels herself out of the tense safeties and controls of her "liberated" situation. She goes "home." She goes to New York -- to confront her lover. To Chicago -- to confront her friend. In a series of encounters that capture brilliantly the generous earnestness of her mind and the bravery of her struggle to find out and embrace who she really is -- all in counterpoint to her growing sense of displacement, her weariness with long-suffering moral decisions and "the many selves that make solitary living such a crowded occupation" -- she embarks upon the crucial and frightening journey toward all she might become.

"HER BEST BOOK SO FAR....[It is] one of the most literate, intelligent and powerful novels I have ever read."
—Eugenia Thornton, The Cleveland Plain Dealer

"PROVOCATIVE...The Odd Woman is an ambitious and intricately developed novel....One of the most realistic, intelligent and skillful character studies of a contemporary woman to date....Godwin is an extraordinarily good writer....She is a shrewd observer of human sensibilities and shortcomings--particularly those of women--and she explores them in depth with sensitivity, wit and an uncanny eye for the truth."
—Chicago Sun-Times

"EXCITING AND AFFIRMATIVE...It is a privilege to watch the unfolding of her impressive talent."
—Minneapolis Tribune