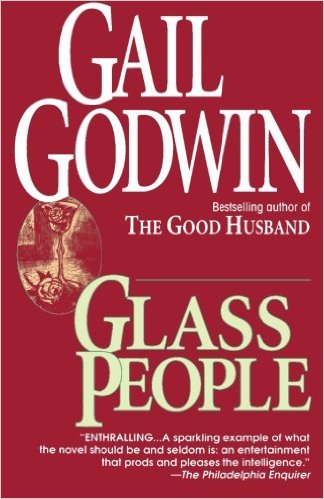 This is a cautionary tale, a suspense story about a woman's spirit and the hazard-ridden leap she must make from being the object of someone else's shapely plot to becoming the subject of her own.

Francesca Bolt is a perfect cameo, beautiful, delicate -- flawless in face and body, yet also flawless in the way an ornament without substance is flawless. Four years ago, she married a complex and inscrutable California politician because he seemed to know what he wanted, and he wanted her. Now, as she realizes that in marrying her -- in possessing her -- he was merely collecting an expensive and useful trinket, Francesca begins to wonder whether she might break away, might dare want something of her own. Her pain is the pain of finding that breaking away is not so easy, however much money and beauty are at your disposal, when you have been raised to judge yourself only from reflections in mirrors, and in the eyes of others.

The sadness of Francesca Bolt's life -- and the triumph of Gail Godwin's taut and unsparing novel -- lies in the realization of the eventual bankruptcy of fragility, and in the raw exposure of a well-protected but vulnerable life.

"POWERFUL. . .GODWIN IS BRILLIANT. . .DEFTLY PLOTTED AND IMAGINED. . . [It] deepened my long-cherished belief about certain forms of art: that in exploring extremities of human behavior, in forcing us to wade through real or metaphorical blood, such art saves us from these experiences and is cathartic in the best sense of the term." —Joyce Carol Oates

"Deceptively subtle: it would be easy to skim right over all the deep things the author is saying and read her book as a well-written surface story of a beautiful woman who makes an abortive bid for freedom....I have been crying out for contemporary woman's new consciousness to express or define itself in a good novel....Here it is: Glass People by Gail Godwin." —Anatole Broyard, The New York Times