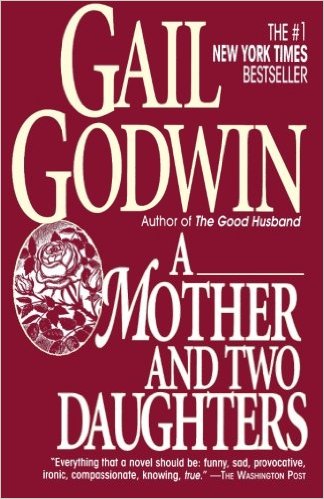 A Mother and Two Daughters
A Novel

The story of A Mother and Two Daughters is as straightforward as the title, and as rich and involving as the life of a family -- in the wise, unerring hands of such a sympathetic and intelligent novelist -- can be. Reading this novel, one will be as immersed in its time, its places, and its people as in a life lived parallel with one's own.

The death of Leonard Strickland, a lawyer in a small North Carolina city, brings the three protagonists of this novel together in mourning. Cate, the maverick daughter, twice divorced, once arrested, about to turn forty, and about to lose her teaching job at a small Midwestern college; Lydia, until now the conventional younger daughter, suddenly awakened intellectually and erotically; and Nell, their widowed mother, grieving and yet wishing ardently for a new life.

Through their triangulated lives, we see these sharply evoked women -- and their men, familiar and new -- acting individually and through one another as they experience the tensions, both comic and traumatic, of decision and change in the turbulent late 1970s. We see, too, the fabric of our society stretching from hometown to the clash of passions and beliefs in the world at large.

Finally, we are made to see with Leonard Strickland the power and truth of his favorite dictum from Montaigne: "To storm a breach, conduct an embassy, govern a people, these are brilliant actions; to scold, laugh . . . and deal gently and justly with one's family and oneself . . . that is something rarer, more difficult, and less noticed in the world."

"A big, entertaining novel...Rich in character and place and humanity...Gail Godwin is a wonderful writer."
—The Boston Globe